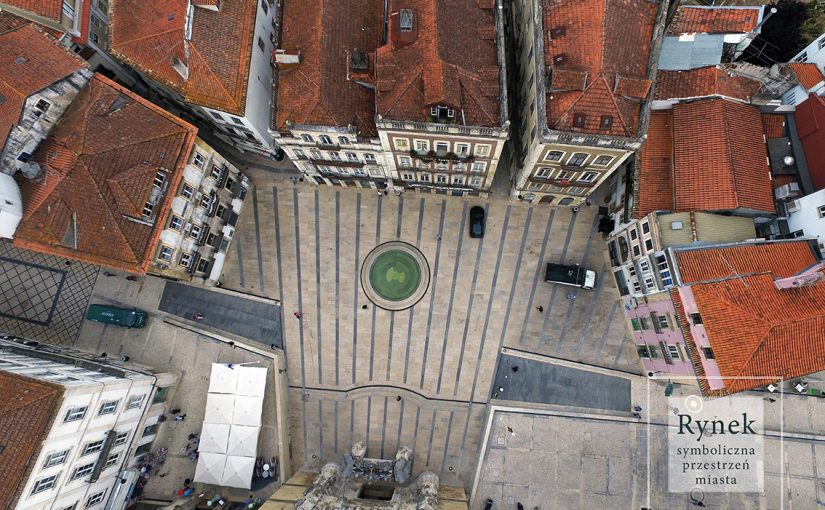 The story of European squares is tied through a continuous historical thread to Greek antiquity where the plateia and then the agora appear. The urban square is specific to Europe, for such a continuity is not present in other cultures, even if they also posses squares, some very large in size. It was Europe that invented the square and developed it as an architectural form, in order to export it across the world, mainly during the colonial period.

At first a simple widening of the main road in a Greek polis, the square gains, with time, community and religious functions and is also beautified. From the Greeks, the square is adopted by Roman architects, where the forum is essential in the planning of space. After the fall of the Roman Empire, urban life returns to Europe only around the year 900, when many medieval burgs grow on top of old Roman settlements, maintaining their plans, with the forum becoming a central square, as one finds in Zadar or Poreč, on the Dalmatian coast.

Any medieval town, when photographed by a flying drone, allows one to see the fundamental opposition between margin and centre, for medieval towns are always surrounded by walls. Some, such as Óbidos, in Portugal, have kept these fortifications intact to this day. The square is a wide space, standing in volumetric opposition to city streets, always narrow and winding. Almost always, the medieval square has a cathedral and a fountain. For smaller towns, the role of the fountain is also functional. For larger ones, its role is purely aesthetical, for the presence of the fountain has to do with tradition and ritual.

The existence of the walls has had several important consequences for the cities of Western Europe. First of all, limited space meant that, for centuries, the population size remained constant within the walls. When the population size grows, it is preferable that new cities are built, rather than expanding the fortified centre, which is why the Middle Ages excel at founding settlements. Construction always begins with the centre, the square, its spot is the first to be fixed. A second important consequence of walls: the centre always stays the same. In these communities the square is essentially superimposed on the geometrical centre. It was the most protected space. The last place reached by the enemy. Then, there are only a few gates allowing access into the cities. Automatically, all entry roads lead to the central square. Seen from the air, it becomes clear that the square is the centre of the medieval town. The walls visually mark, as clearly as possible, the opposition of the centre to the periphery. Thus, another evolutionary consequence: when, at the dawn of modernity, the walls are torn down, the settlements tend to develop concentrically, rather than linearly, adding more space to a pre-existing structure, a structure still visible in many European cities today.

During the Renaissance, Europe inherits medieval cities. She loves these no longer and wishes them to be completely different: within certain limits, Europe imagines a different kind of urban worlds. The age is, however, not famed for the founding of real cities, but of fictitious ones. When theory does give way to practice, it is usually as a result of calamities. On the 21st of September 1561, a great fire engulfs the city of Valladolid. The city’s catastrophe is a real blessing for urbanism. In the empty space, the splendid Plaza Mayor is built, until today one the largest in Spain. It is the first regular square in Europe, yet, unfairly, it unfairly remains little known. Its symmetry and plan can be clearly seen from above. The architectural and urban pattern instituted at Valladolid is taken by many other squares, reaching perfection in 1729, through Plaza Mayor in Salamanca, one of the most beautiful squares in the world. The aerial photograph immediately shows that the square’s perimeter is not a square, but a trapezoid. Seen from a normal perspective, the square is perceived by any traveller as having perfectly parallel and even sides: a subtle optical illusion, carefully calculated to deepen the perspective and thus counter the relatively small space available to the architect.

Starting with the 16th century, cities still have fortifications, yet they are planned differently. The mission of city planning increasingly passes from the architect-artist to the engineer. The essential moment of change comes in the 17th century and is associated with Vauban. The type of fortification he proposes means stationing a great number of soldier within massively fortified city walls. Star forts rapidly appear across Europe, from Naarden and Bourtange, in Holland, to Almeida, in Portugal, or Alba Carolina, in Romania. These military settlements have a perfect structure, with straight and aligned streets, always leading to a large square at the centre. Seen from the ground, the perfection of the forts can only be felt, especially since the buildings are often austere. They are, however, by far among the most beautiful European settlements which can be photographed from the air, stars set down upon the earth. Nowhere is the importance of the square as a central space made clearer that in their case.

After the middle of the 18th century and throughout the 19th century, cities reinvented themselves in a way which reflects the military, technological, but also political changes. The self-governing power of urban communities had steadily dwindled, eventually collapsing before the autocracy of the monarchs. The kings bring soldiers in the cities and the soldiers need straight streets. In order to act quickly, but also in order to properly organise their parades. Thus, the self-governing power of the urban communities gradually drops to nothing. Aristocrats increasingly live in their summer palaces, they wish to be closer to governing centres. They build residences in the city. In time, these turn into their main homes. All of a sudden, many become interested in what the city looks like. The consequence? The planning of cities changes drastically. If ancient medieval settlements have a structure based on the needs of the entire community, cities are modified in order to correspond to the taste of the aristocracy. Essential transformations take place in urban aesthetics. When the streets become straight, the perspective opens, people start seeing further, beyond the first curve. From this to theorising the vista there is but a step. The vista, unknown to classical Antiquity, necessitates a much more complex urban vision: monuments and statues must not only be seen up close. Indeed, they are a landmark and can be found at the end of a long, straight street, which allows the square to be seen from a great distance.

What used to be a chance effect now turns into something to be studied. Triumphal archways, commemorative columns, statues are built so as to also be beautiful from a distance. From here to the ceremonial axes that will go through the cities, tying squares together, there is merely a step to be taken. Seen from above, Lisbon unveils at once the transformations undertaken under the leadership of the Marquise of Pombal, after the devastating earthquake of 1 November 1755. Lisbon’s squares represent a real system. Wide, aligned boulevards link the Trade Square to Rosio, Rosio to de Figueira, Martim Moniz and the Restauradores, the Restauradores to Praça do Marquês de Pombal, and all of these have impressive monuments at their centre.

In order for the square to exist, buildings alone do not suffice. Cities are a blend of people and buildings, and the relation between these two terms is not as clear as it would seem on first glance. People create the buildings, and the way in which a community sets its story, history, religion, beliefs, the concrete needs of daily life into a space, has remained mostly unclear to this day. Indeed, countless nuances of this complicated process are elusive, and will most likely never be fully described. A square is its architecture, but, at the same time, it is more than its architecture. Its entire past, chained in an invisible-visible system of links to the symbolic imaginary of the community, makes its presence felt in the existence of the square.