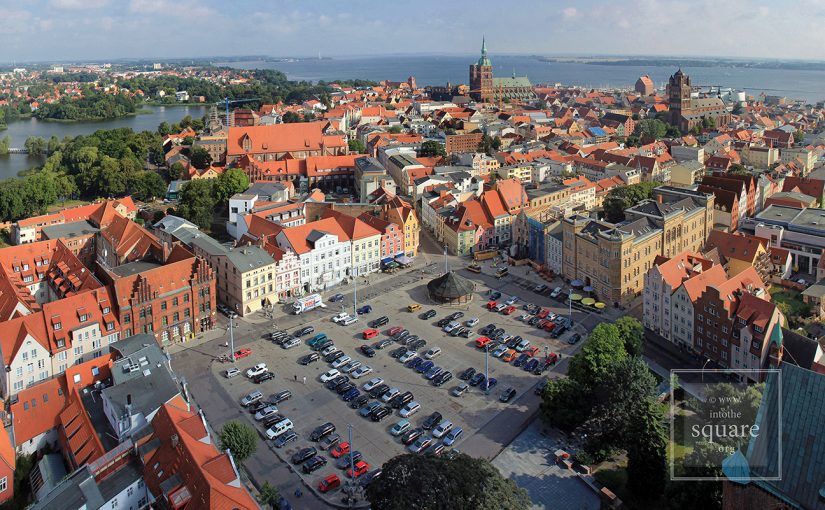 The Old Square and the New Square lie on different margins of the town, almost symmetrically positioned in relation to the geographical centre, which is completely atypical for the Middle Ages. Despite their name, the dates when they were built are probably not far apart. Alter Markt is first recorded in 1277, when a document calls it a forum, while Neuer Markt is recorded less than a decade later, in 1285. The old square has always had a main role, but the two are similar in many respects, whether through shape, surface, and even function. Isolated among the waters, with red brick Gothic churches, Stralsund is a splendid medieval, Hanseatic town on the Baltic Sea.