Publication of the book „Somewhere over the Square” 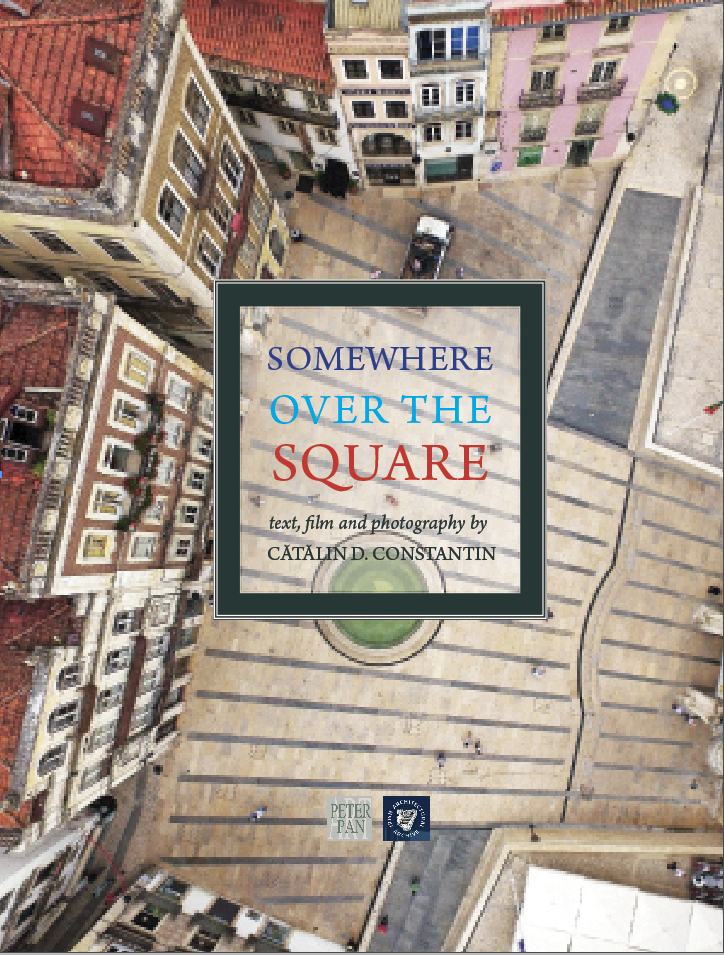 100 special edition copies of this book include a film essay by Cătălin D. Constantin about European Squares, electronically copied onto a stick that has been inserted into the front cover. These are numbered collector’s copies and bear the original signature of the author.

This book offers a new way of looking at the geographical spaces occupied by urban squares, proposing a different perspective on European urban squares. This might strike one as a bold statement, but it should first and foremost be taken literally. The photographs in this book, taken with a professional drone, show an aerial view of squares in a number of historical European cities. Famous squares in well-known cities across Europe, from Lisbon to Istanbul, are presented alongside lesser-known but no less interesting squares.

Drone photography offers a bird’s eye view. This is one of the few instances where technical and artistic languages successfully overlap. The bird’s eye view is, almost without exception, spectacular. This view reveals something we might have only intuited until now: a deeper structure, which points to a new perspective on squares in a figurative sense as well.

I am grateful to all those who have contributed, over time and in various forms, to the development of my project on European squares. The project began as research for my PhD, which was followed by conference presentations on the topic; an exhibition presented in several European countries; the production of a film essay; the publication of a book in Romanian; and, now, the publication of this volume in English. Consistent and constant support was necessary for making all of these things possible. In the case of this book, my special thanks go to Carmen Dobrotă, for help given with the travel necessary to realize its images; to Dan Bora, for his patience with reading and borrowing from the text; and to Alyssa Grossman, for her care in proofreading the English version. The project has had a long series of steadfast friends: my PhD coordinator Sorin Vasilescu; Sergiu Singer; Radu Comșa; Dan Lăcătuș; Carmen Constantin; Cristina Rusiecki; Teodora Olteanu; Ricardo Borja Soria Cáceres; Cezar Petre Buiumaci; and, of course, my Mother. Many names are missing, friends to whom I apologize for not having had the space to include them here. Sometimes even the slightest assistance, for example, from a stranger whose name I have forgotten, but who helped me charge the drone’s batteries, was essential in obtaining a good photograph.  (Cătălin D. Constantin)