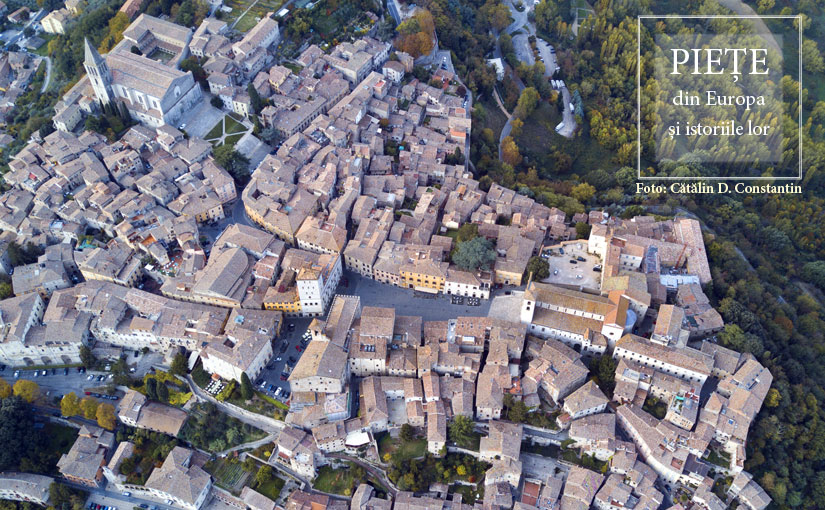 Todi has three rows of fortified precincts. Following them towards the town’s interior, one climbs towards its square and descends into history, crossing medieval Roman and Etruscan walls. The square stands on the site of an old Roman forum, just as the Cathedral, which lies at the edge of the square and some steep steps, stands on the site of a temple to Jupiter. The Piazza del Popolo of Todi, a closed space dominated by massive crenellated buildings, conveys, along with its fortifications, a strong sense of protection. It is often cited in historical studies as the most convincing example of a medieval square. It is certainly beautiful and impressive. In the neighbouring Garibaldi Square, one crosses through a narrow passage that offers an unexpected surprise when it comes to the structure of the town. It shows the exact opposite: a side that is entirely open to the Umbrian hills.