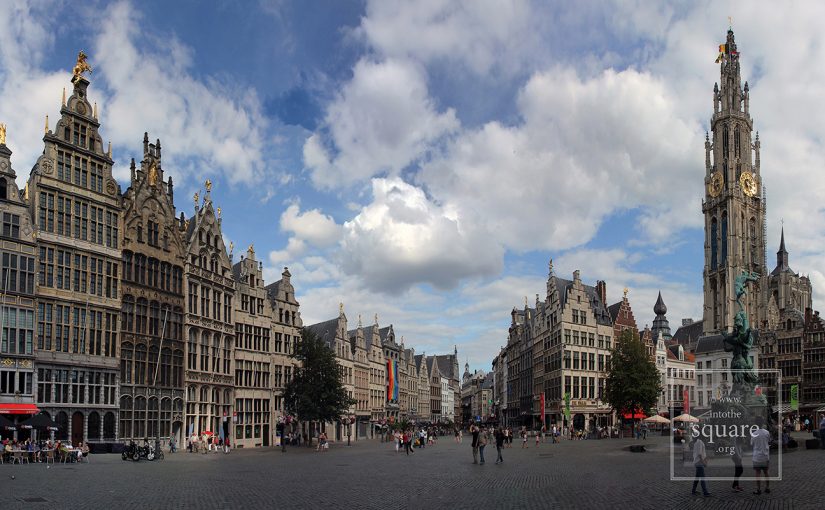 The Grote Markt was originally a square on the outside of the medieval city, a place where northern and southern traders would exchange wares. In 1220, duke Hendrik I van Brabant regales the space of the square to the community. This will become the city centre. The present shape is the result of successive modifications, most of them unplanned. But the result is fortunate: regardless of corner from which the square is approached, it does not immediately reveal itself fully, but only progressively, like a gradual deepening of space. The homes of the guilds form two sides of the square, while the Renaissance building of the city hall – on the UNESCO list – lies to the south. The cathedral, although situated in the neighbouring square, can be seen from any vantage point. In the middle, the Brabo fountain, built in 1887, tells the legend of the city’s founding.