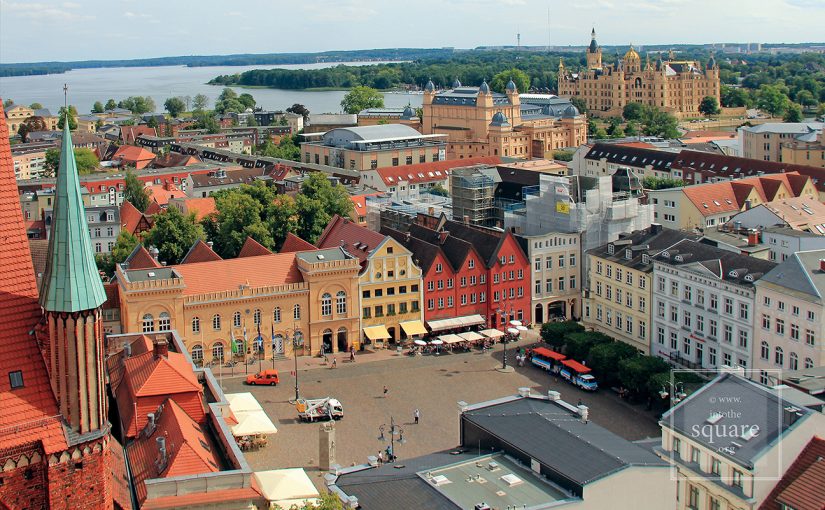 Schwerin’s Am Markt is the very definition of a square. A quadrangle with almost equal sides in the geographical centre of the city, it has held this central spot since the beginning, bringing together all the important buildings, from the cathedral to the city hall, dominated from a distance by a fairy-tale like castle. Strict trading rules, dating back to the time of Henry the Lion, have governed the square so that the city might enjoy economic growth. Every kind of trade had a well-defined place. For instance, fish could only be sold on the northeast side of the square. Butchers had to have covered stands. Only local traders and craftsmen were allowed to trade their wares in the market. After 1171, foreign merchants were allowed in the city on a specific day of the year.